On the afternoon of September 21, the Heilongjiang Provincial Government News Office called a press conference which was held to announce the list of the top 100 private enterprises in the province in 2014, and our company ranked 85th. 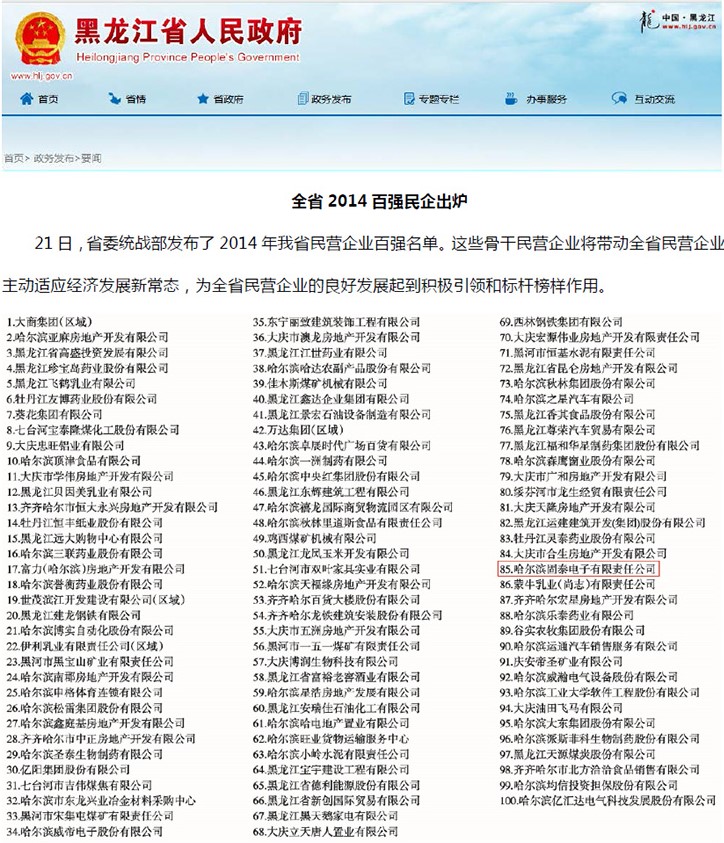